What is Adobe Premiere Pro?

What exactly can you do with Premiere Pro?

Premiere Pro program may be used for producing broadcast-quality and high-definition videos. It can also import several videos, audio clips, photoshop files, and graphics that you can assemble into a video track.

Here are some of the common video editing tasks you can easily do with Premiere Pro on either Mac or Windows systems:

Premiere Pro is a professional video editor that allows you to create and edit videos. You can import video files, trim footage but also split, mark, and assemble multiple clips in the timeline.

With Premiere Pro video editing software, you can adjust your video clips’ brightness, contrast, and color in a couple of clicks.

Add music and audio effects to your videos

Audio editing is available with Premiere Pro as the program features audio tools for you to add different audio tracks and create unique videos easily. 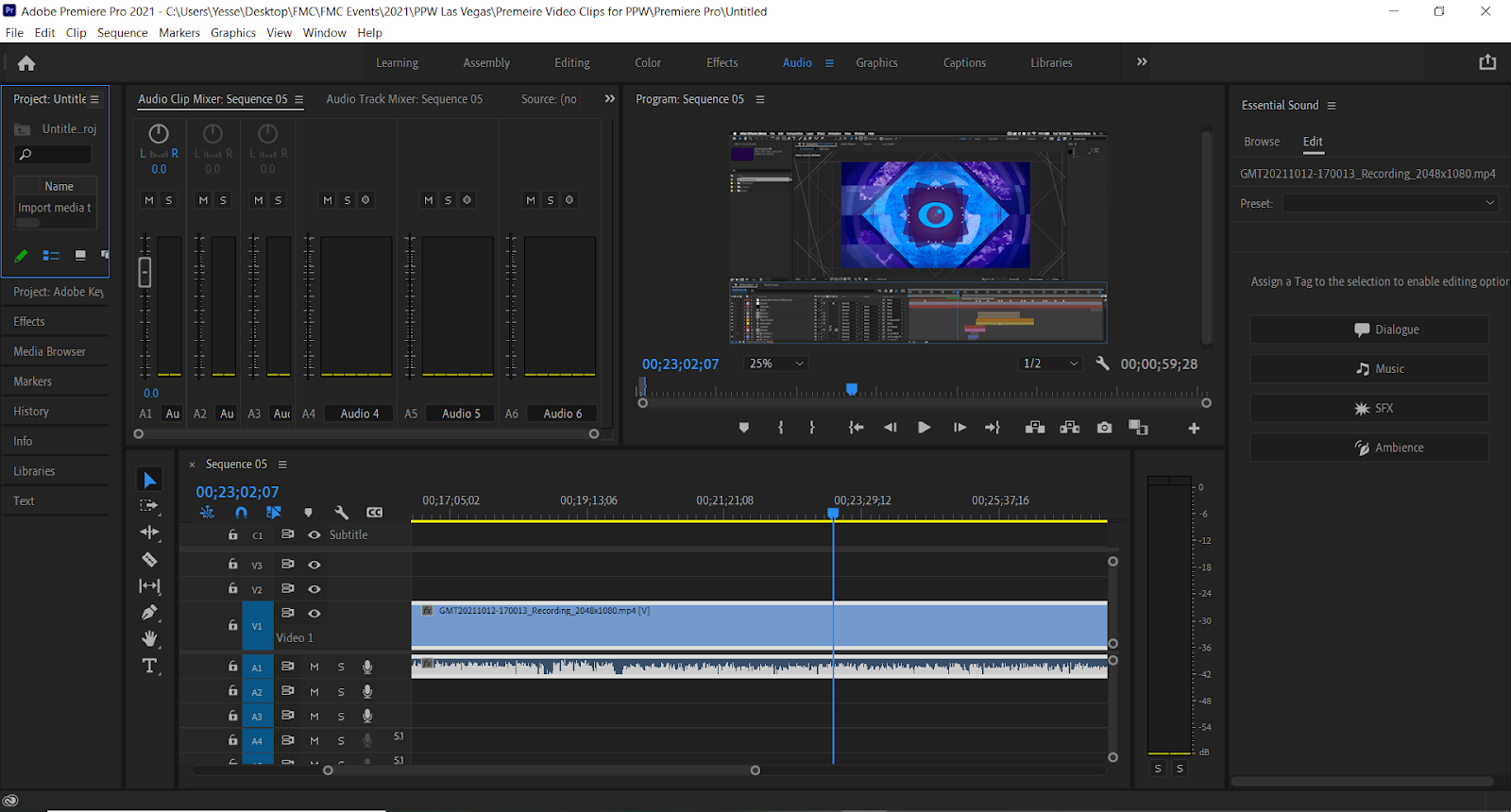 Export your video files to different formats with Premiere Pro

Once your project is finished, you can export it as a high-definition video in many different formats.

Who is using Premiere Pro?

Beginner video editors and experienced media professionals around the world use Adobe Premiere Pro. It is often used to create the following content:

Some examples of movies and shows created and edited by video producers on Premiere Pro are "Inception”,  "Game of Thrones" and "Gone Girl". 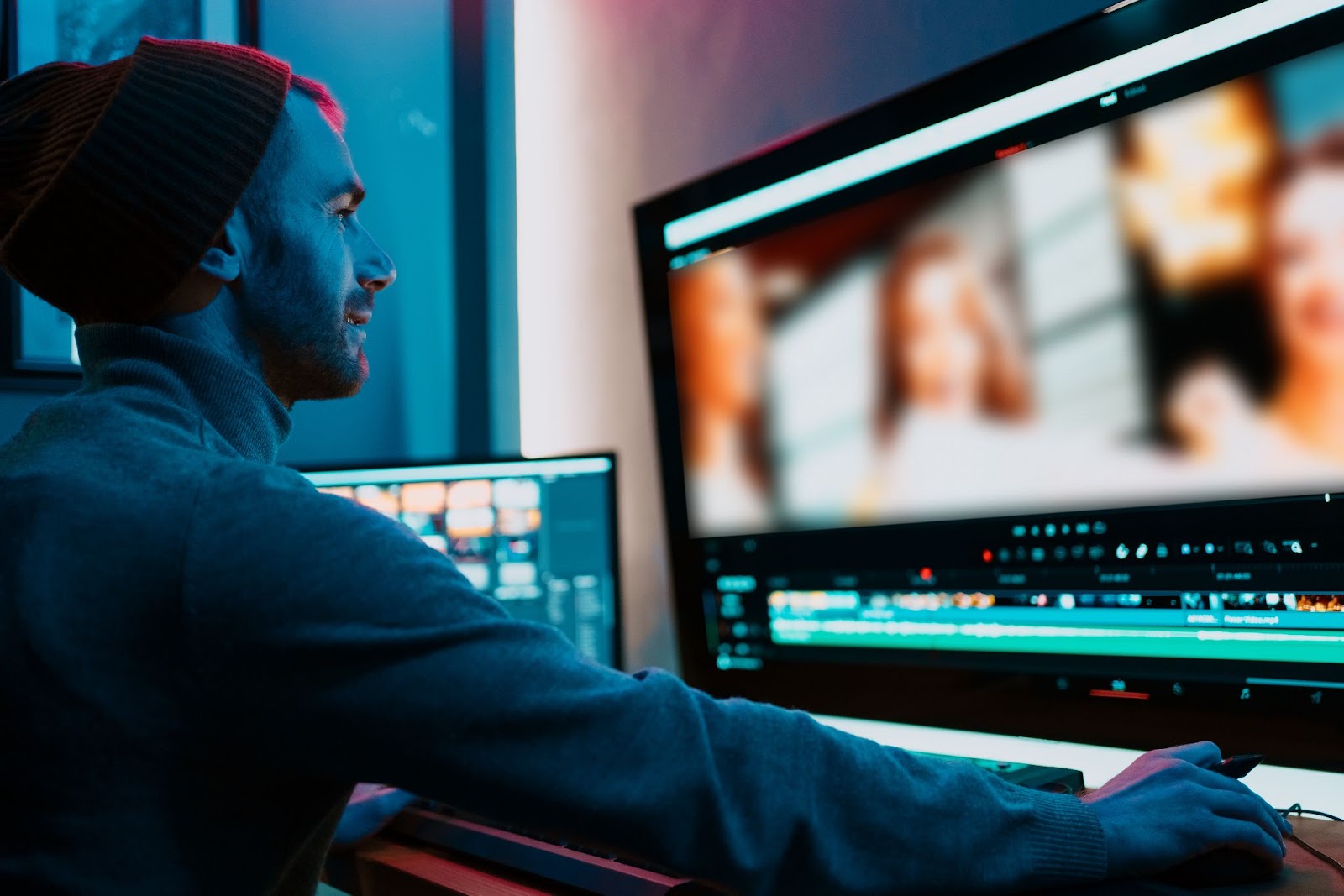 The evolution of Adobe Premiere Pro and requirements

Premiere Pro has better features, offers more control to the users, and can handle much higher resolution videos (up to 8K) than Premiere could.

Premiere Pro CS is a non-subscription version of Premiere Pro and you need to purchase a one-time license to use it. Premiere Pro CS6, launched in 2012, is the last CS version available on the market. You can still use Premiere Pro CS6, but there will be no more updates and you might experience performance issues with your bigger Premiere projects.

In 2013, Adobe changed its strategy and created the Creative Cloud. You can now subscribe to the monthly Creative Cloud plan in order to install Premiere Pro instead of buying the new version each year.

The subscription model assures that you always have access to the latest versions of the video editing program. There are no contractual conditions needed and you can stop using us at any time. The Creative Cloud also features collaborative cloud environments to improve your workflows when working with a remote team.

The latest version is Premiere Pro CC 15.0 and was released in March 2021.

Adobe Pro CC is a Creative Cloud that requires a high-performance computer to run and support the constant software updates. It requires at least 8GB of RAM and a 1,280-by-800 display.

Premiere Pro provides many advanced and powerful tools that make video editing much more attractive and straightforward, even for beginners. We are going to overview some features that make Premiere Pro CC stand out.

Premiere Pro provides a touch-in-touch feature so you can move clip files or timeline elements with your finger or by tapping buttons. It's also a flexible multi-track interface that lets you undock, overlap, and reorder panels in the workspace the way you'd like.

Throughout the years, the video preview and timeline markers have been improved and you now have the ability to attach notes and hold many markers at once.

Premiere Pro works with both RGB and YUV formats and resolutions up to 10,240x8,192 and 32 bits per channel color.

The Premiere Pro timeline panel tool is where you add and arrange project assets like video clips, titles, audio tracks, and images.

Tracks are added in the timeline panel on top of each other which allows you to layer clips one over another for more complex edits. You can also open multiple timelines at the same time with Premiere Pro CC. 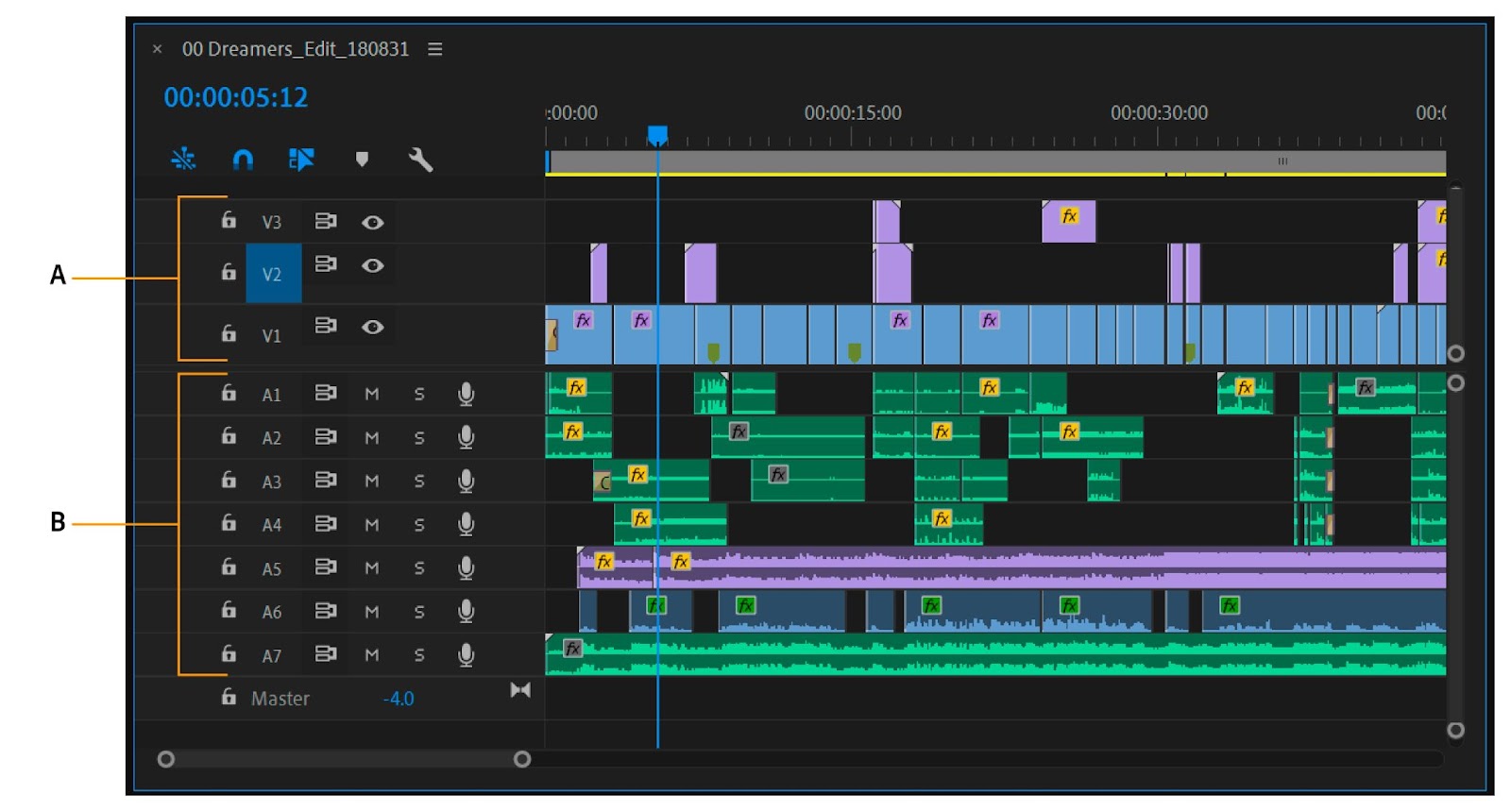 Lumetri Color is a feature in Premiere Pro's Adobe professional color correction library that allows you to fine-tune the look and feel of your video by adjusting its exposure, contrast, clarity, hue, saturation, and more. 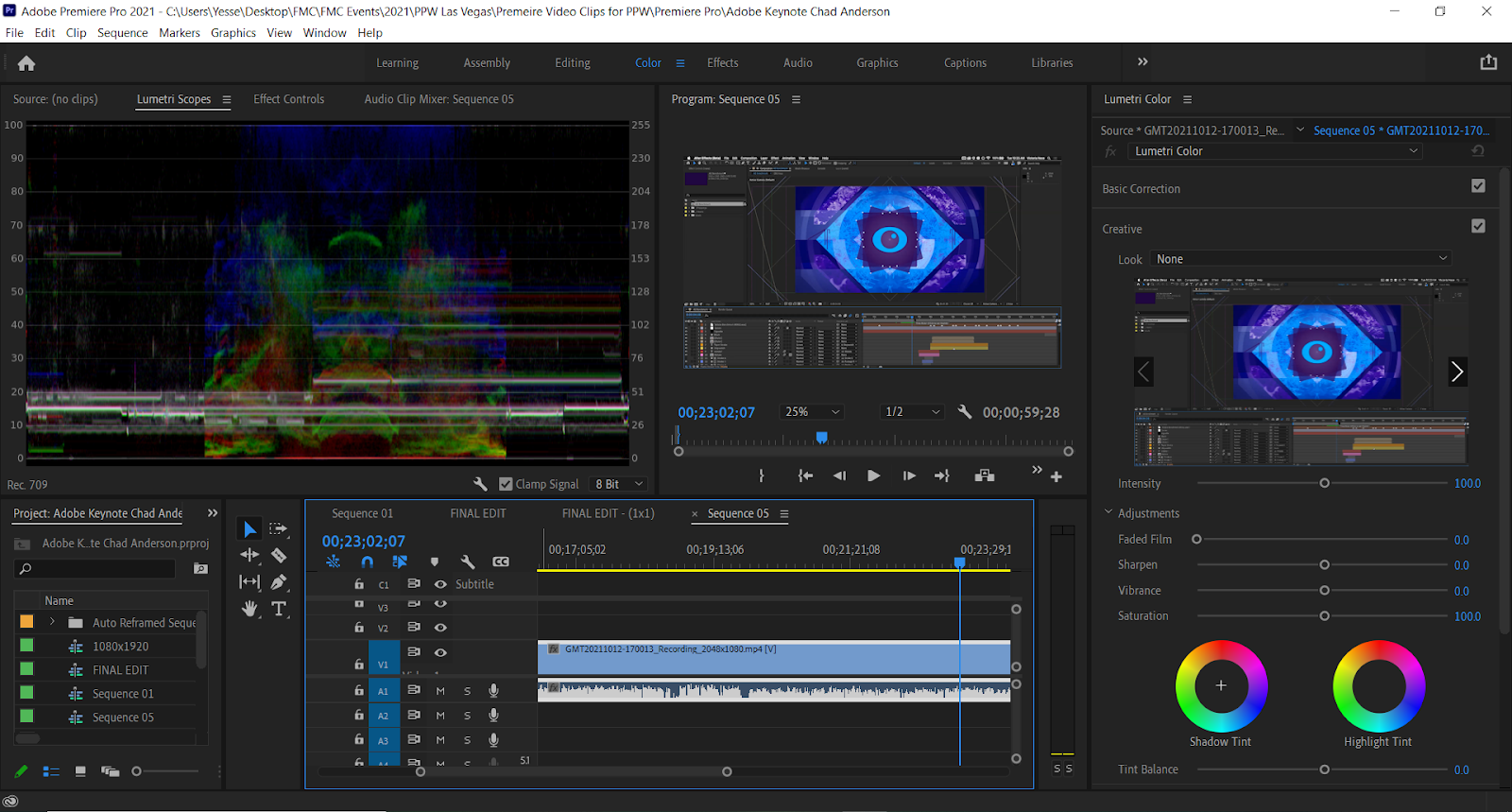 With Premiere Pro CC you can work on multiple angles at the same time. For example, you can edit the audio clips of camera A while using camera B to preview its video.

As mentioned earlier, you can add amazing transitions or cool effects between clips with a simple click in Premiere Pro. Choose between one of the 55 ready-to-use Premiere Pro CC transitions effects or customize your own transitions! 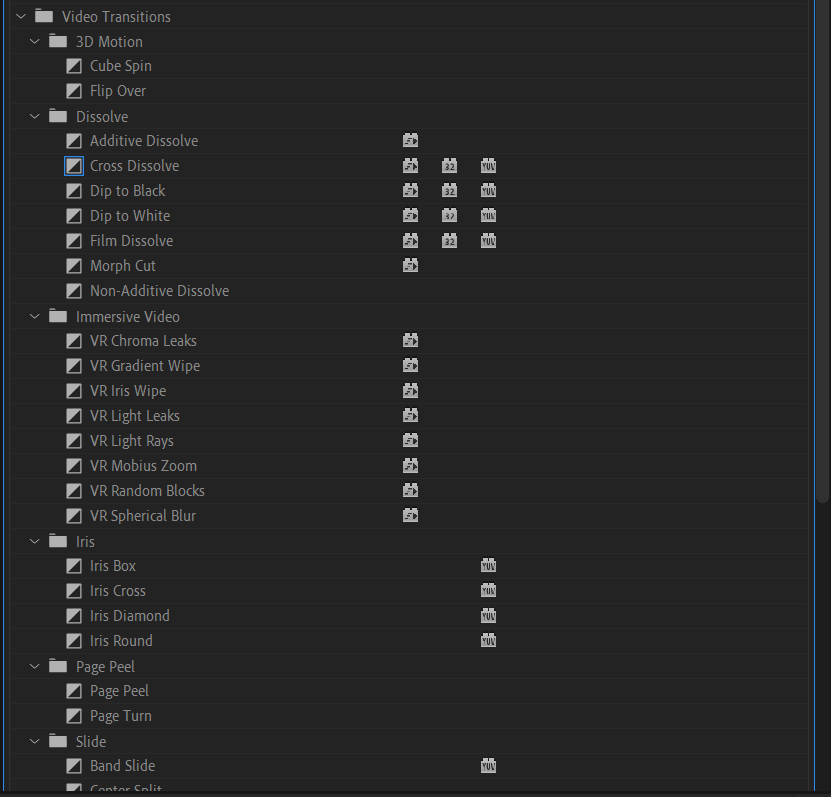 You can easily drop your own media into pre-built motion graphics templates to customize effects with Premiere Pro CC.

Premiere Pro CC also allows you to create motion graphics such as 3D titles using your own artwork or by choosing from over 60+ fonts. 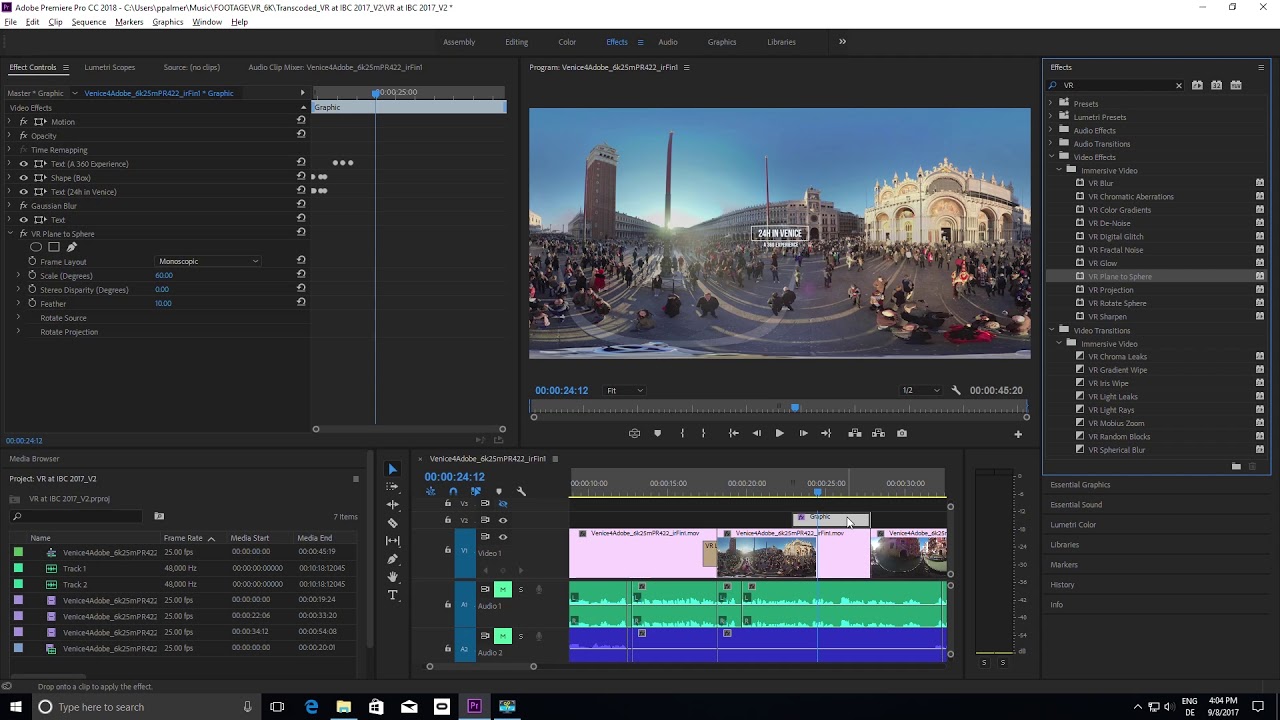 Premiere Pro CC is constantly improving its built-in audio editing tools. You can adjust or keyframe audio tracks within the timeline or project panel.

You can also now copy combined audio effects and paste them to another audio track rather than separately adjust them for each effect in your project.

Premiere Pro can import video footage and media from different sources such as DSLR cameras, GoPros, tape decks, or smartphones.

You can also export video content and files to the most popular formats, such as:

Premiere Pro is a part of the  Creative Cloud, which allows you to use Creative Cloud Libraries to store and organize your files and projects online. You then have the option to share your files located in the cloud storage.

Share your video projects with your team and clients

You can now share the projects you're working on with other people on Premiere Pro CC. There are a few options.

Using this feature, you would remain the only person able to modify Premiere pro projects. The other people will only be able to view where the project is at but not edit it.

Share a Premiere Pro project as a Team Project to allow other video editors to edit and modify the shared current projects. Collaborate with other members of your team by simply setting permissions for the files you want to share.

That is a new panel that acts like a shared folder, similar to Google Drive. Hollywood post-production teams helped develop this new powerful feature for production teams and more prominent organizations that might have many projects in process at the same time.

Third-party applications can sometimes be helpful when working on collaborations with editors who do not have access to Premiere Pro.

MASV is a 3rd party file transfer desktop app that focuses on fast, large, and secure file transfers. It's perfect for videographers and video editors who send projects to clients who might not have access to Premiere Pro.

Link your Premiere video editing projects with other Adobe apps

With Dynamic Link, you can link your projects to third-party programs that will help you with your video production. It will create a link between the two programs that let you send compositions or sequences back and forth to Premiere Pro for further editing. 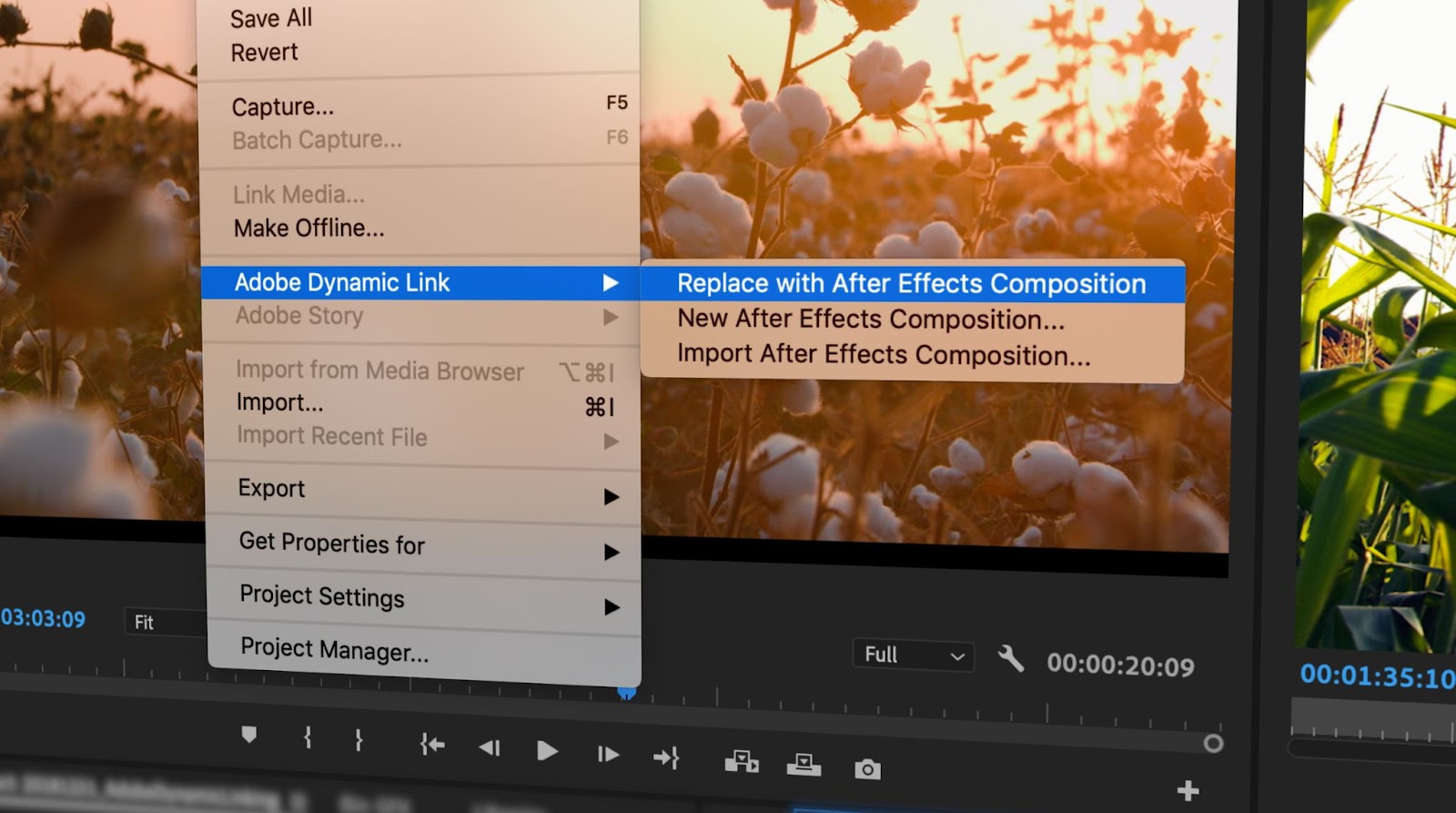 Here are the other Adobe programs you can collaborate with while using Premiere Pro (Pr):

How much does Adobe Premiere Pro CC cost?

Adobe Premiere Pro offers a 7-days free trial, so you can try it first and decide if this is the software you need. However, it has limited features until you purchase a subscription to Adobe Creative Cloud and unlock the full version.

Premiere Pro CC software is now only available by subscription. The program by itself costs $20.99 monthly ($19.99 if you pay yearly) with an annual commitment or $31.49 month-to-month.

Learning how to use Premiere Pro CC

It might be a little harder to learn how to use Premiere Pro at first, but you can become a pro with a bit of practice in no time. The good news is that if you have an internet connection, there are many ways you can upgrade your Premiere Pro skills.

1- Check out the built-in Learning Mode in Premiere Pro CC.

Premiere Pro offers eight interactive tutorials that you can find on the welcome page. It's a great way to learn from scratch or brush up on your skills.

You can enroll in one of our Premiere Pro classes with FMC Training. You can pick between a number of classes that cover all types of projects.

Another simple way to learn how to use Premiere Pro CC is to watch free tutorials on YouTube.

FMC Training has many articles that will help you work better and faster with Premiere Pro. Check out our blog page!

Creating videos and editing audio tracks has never been as easy as with Adobe Premiere Pro! It indeed offers an extensive range of tools that will help you make newly edited versions of your videos.

What are you waiting for? Try Premiere Pro out today!