How to install plugins in Adobe After Effects (Ae)

In this article, we will explain how to install a new plugin in Adobe After Effects (Ae) software and review the top 8 plugins for 2021.

Adobe After Effects and plug-ins

After Effects (Ae) is one of Adobe Creative Cloud's software programs. The After Effects program allows you to animate, alter, and composite visual elements to produce motion graphics. After Effects works with different video formats, image formats, audio formats and is compatible with mac and windows systems.

To expand the software's features and push your video-making skills to the next level, we highly recommend you add plugins.  You'll get more attractive results when animating or compositing video clips together into one project.

Use Code: BLOG10  At Checkout To Save 10% off our Online After Effects Courses
Act Quickly, This Discount Won’t Last Forever!

What is an After Effects plugin?

A plug-in is a piece of software, also called a script, that adds a specific feature to another existing program and enhances its capabilities.

Plugins add new functionality and tools to After Effects. They can be effortless, like adding a new title or shade or doing more complex things like motion tracking, 3d object creation, and animation. 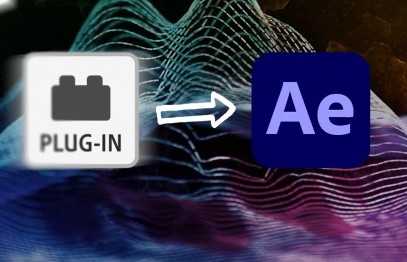 Third-party developers usually create these plugins. Some After Effects plugins are free, but most of them cost money.

How to install plugins in Adobe After Effects (Ae)?

CC 2019 version and above: 3 simple steps to install plug-ins

1- Begin by downloading your plug-ins. If you download zip files, unzip them. You're looking for a .jsx or .jsxbin. files.

2- Open After Effects Program, login, and go to: 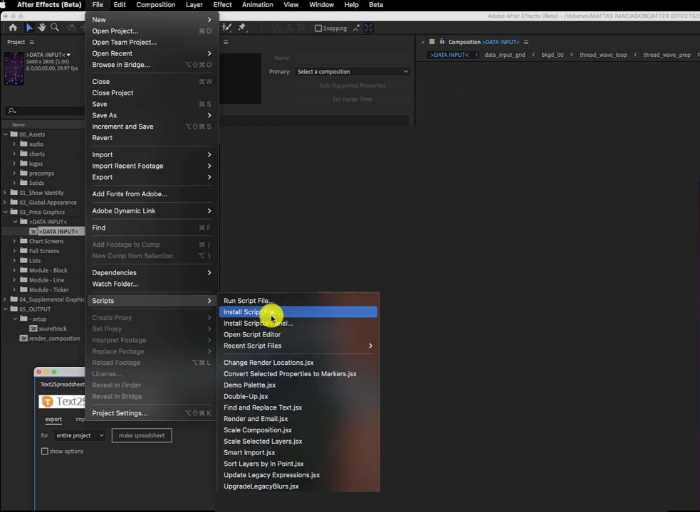 Locate the plug-ins you downloaded in the folder, and double click on the one to install. Restart After Effects.

3- All installed plugins appear at the bottom of the "Window" page. Open "Window" and check your script is activated. You're all set. 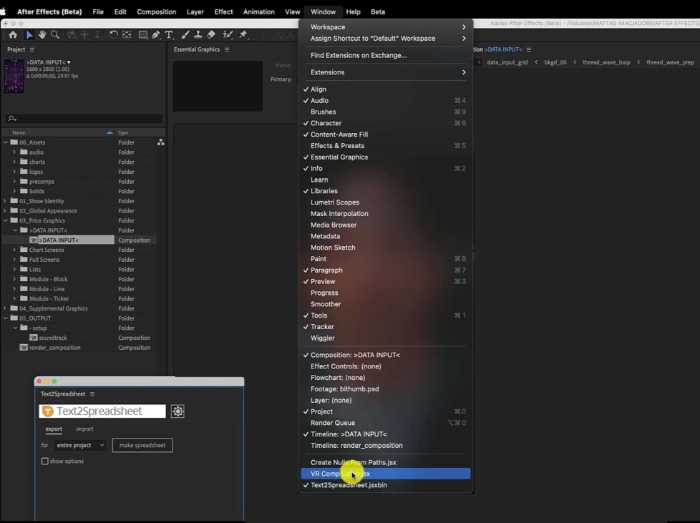 Installing a plug-in on an older version will take you a few extra actions. In this example, let's call the plug-in "EXAMPLE PLUGIN".

Begin by downloading your plug-ins. If you download zip files, unzip them. You're looking for a .jsx or .jsxbin. files.

2- Copy your script in the adequate After Effects plug-ins folder.

Once downloaded in your common folders, copy the "EXAMPLE_PLUGIN.jsxbin" script file to the After Effects plug-ins folder. Here are the shortcuts to access the location of the After Effects folder from your desktop, depending on your operating system. 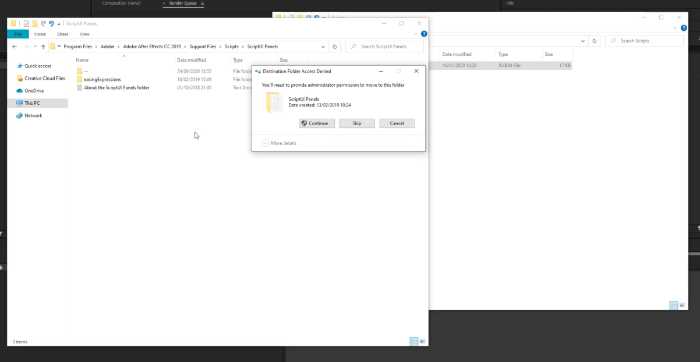 Note: After Effects can also load plug-ins from a MediaCore folder, which is intended to contain plug-ins that both After Effects and Premiere Pro may use.  Don't install plug-ins in the MediaCore folder as this is not the adequate plugin location folder unless specifically instructed to do so. If you install a plug-in in this folder that is not supported by one of the applications that read from it, you might encounter difficulties and error messages.

To activate this script, you must first close the After Effects program and then restart it.

4- Open your plug-in in After Effects 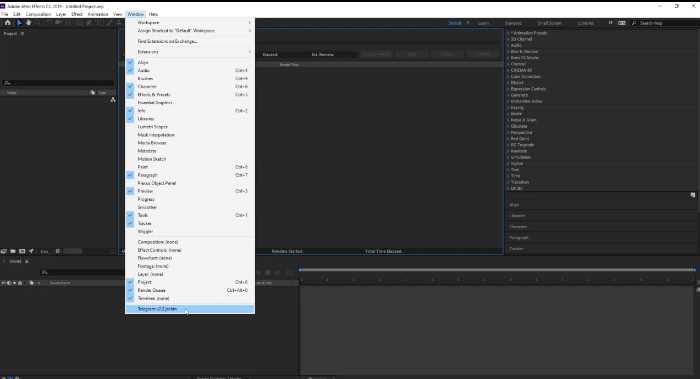 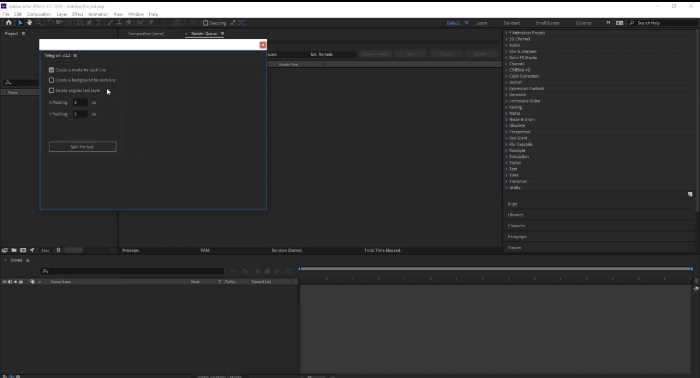 Make sure to allow plug-ins in your Ae preferences.

In order to use installed plug-ins, go to: 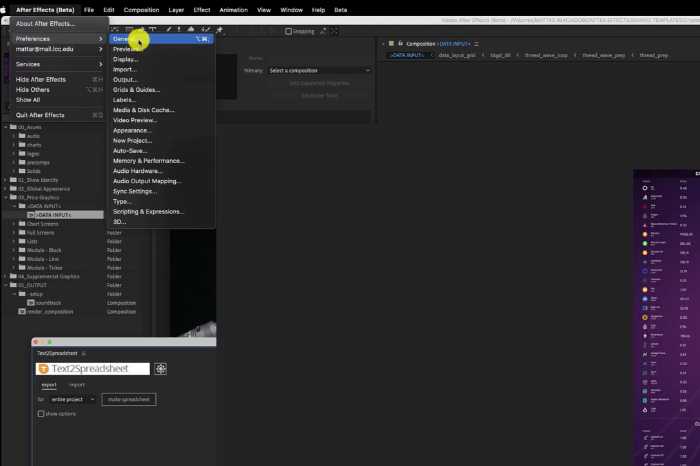 A window will pop up. Go to "Scripting & Expressions" and click on "Allow Scripts to Write Files and Access Network.”, 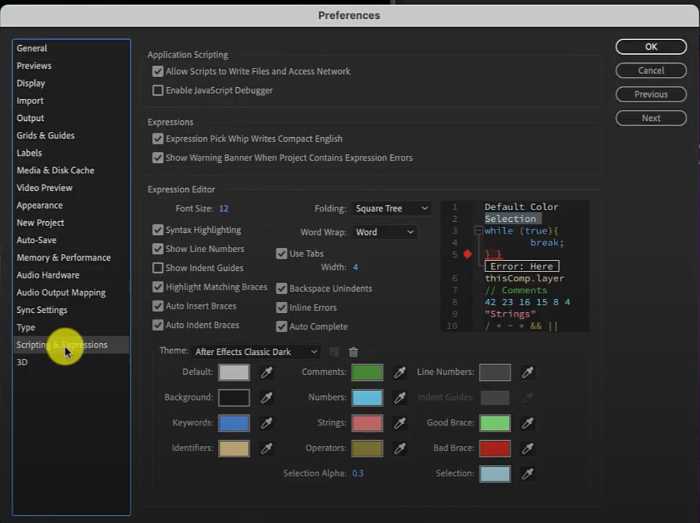 You're now ready to use a whole new panel of tools to use for your next After Effects project.

We compiled a list of some of our favorite plugins that allow creating remarkable video clips for mac and windows users.

This plug allows you to fluidly fill the balance of your layers and save you hours of masking and keyframing. Autofill uses your layer or image transparency as a guide for which direction to grow and fill. You can use the analogy of watercolor painting on a drawing that has lines encircling the paint. This plugin is excellent for video clips such as dissolves, transitions, realistic handwriting, and more.

Subtitle Pro allows you to create subtitles for your videos directly in the program you're using. It works in both Adobe After Effects (Ae) and Adobe Premiere Pro (Pr). You can write out the subtitles manually or import them from any format. You can also easily translate your subtitles or import a YouTube srt file.

This tool permits you to drive your animations with specific audio frequencies. You can create an infinite number of visuals. FreqReact is amazing for artists who want to link their music frequencies to their videos clips and visuals.

You can create and animate stunning maps with the GEOlayers3 plugin in Adobe After Effects. It features various maps from different online sources that allow you to animate countries' borders, the world's rivers, driving routes, and much more. 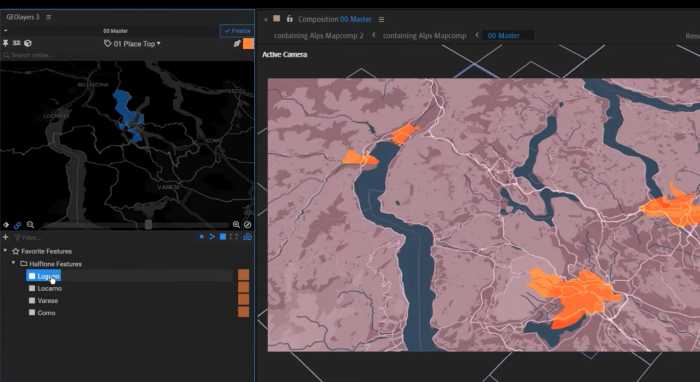 It's a simple two-steps process tool that allows you to create realistic bouncing animations and significant visual effects. You can download Easy Bounce for free directly on the Adobe site. 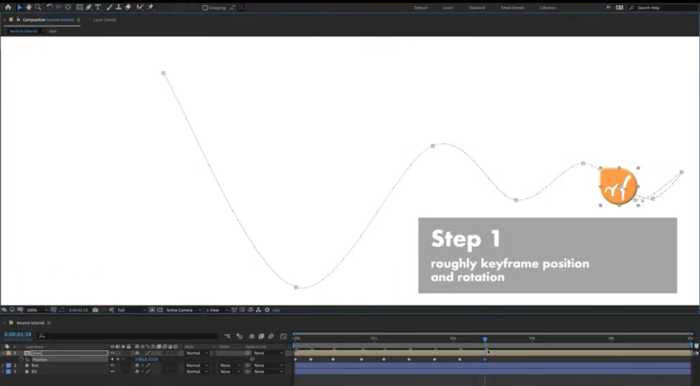 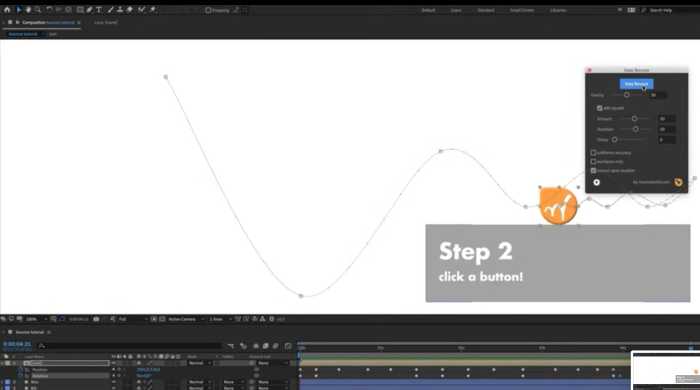 This powerful plugin allows you to track warp surfaces. Lockdown script is used for beauty retouching and difficult cleanup jobs, for example.

Shadow Studio 2 is a fantastic plugin to increase your shadow game. With Shadow Studio 2, you can draw long diffuse radial shadows quickly. 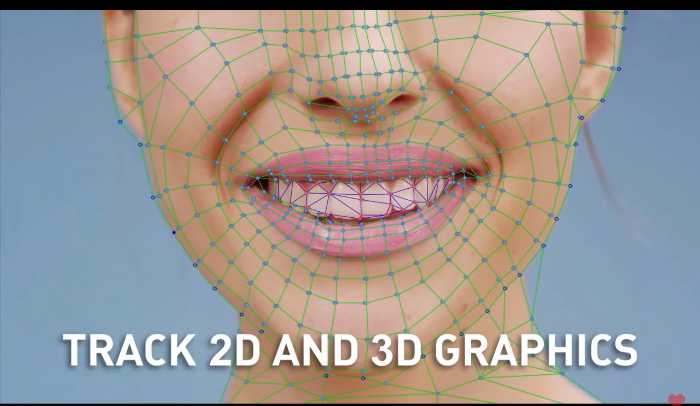 This plugin is essential if you like to create and sell projects and modern templates with After Effects. It converts the expressions in your Ae projects to ensure they run in After Effects and any language. It is also really fast.

If you are using an older version of Adobe After Effects, you might not be able to install some plugins. It’s important to check requirements before buying a plug-in and make sure your system and program version can support it.

You can now enhance your video clips with your newly installed plug-ins. Several user-friendly plugins for After Effects will make your movies and creations more attractive and allow you to increase your creativity by tenfold.

We hope that you found this article helpful. If you'd like more information about After Effects and Adobe software, feel free to check out other articles on our site.

Learn More About Adobe After Effects

Get a jump in your creative career and Learn Adobe After Effects online, Adobe's powerful video editing software.

Join our Facebook group to be a part of a growing community in the digital world; we are here for any Adobe After Effects questions you may have!